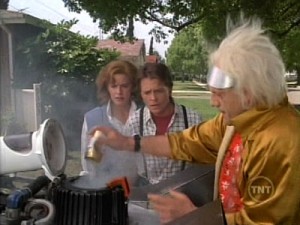 On Monday May 18th, the 4th SF Music Tech Summit was held at the usual Hotel Kabuki in Japantown. For those of you who wonder what the bent of the conference is, see the name of the conference.

In the afternoon, a panel narrowly titled The Future of Music commenced in the largest of the conference rooms. You would have thought the panelists were going to ordain the rest of us with the answers to this question based on the number of attendees at this particular panel. Alas, that didn’t happen, but there was a particular discussion that I found very compelling, and something that I’ve pondered for a while now.

Terry McBride, the founder extraordinaire of Nettwerk Music Group, began by describing his idea of what the Future of Music would look like. Essentially, McBride was advocating/predicting a cloud-based utility-style subscription music service.

Basically, this would be a situation in which all music, and I mean ALL (would have to be in order to be effective and valuable to a consumer), exists in a could-based database from where a subscriber could access and stream any music, from any location, to any connected device. All of your devices (phone, computer, car soundsystem, etc.) would be connected to your account and to each other. You would truly be able to access any music whenever and wherever you chose. For this service, you would pay a utility-type fee for music service (or perhaps all media service including TV, on-demand video, whatever), just like you pay your water/energy bill currently.

Now, you’re right in thinking that subscription services currently exist. However, there is still a dichotomy between streaming and ownership because you are not connected everywhere. For instance, you can’t access your account on an airplane, among other places. When we reach a time when we are completely and totally connected and wired (and this is rapidly approaching), you won’t have accessibility problems. Therefore, it seems to me, ownership goes away.

Of course, there will still be your music-heads who will need a physical format, or for whom ownership is not expendable, just like you have folks who still by vinyl now. But, we are talking mass market here. So, let’s leave those folks aside.

So, let’s assume we get to this place. Who will be the players? Rhapsody is certainly trying to set itself up here. Maybe (but probably not) Napster. But, wouldn’t it make sense that Apple/iTunes is working behind the scenes on this project? I might surmise that it’s close to ready and they are just waiting for the technology to catch up with the concept. At that point, they could just flip the switch.